​More than 10 years experience in management and business development roles in the insurance and banking industry.
A talent for building capabilities, aligning interests and achieving positive outcomes in complex operational environments. A natural ability to establish rapport, trust and respect with people on all levels across professional, social, cultural and age boundaries. An Innovative and assertive leader with the ability to initiate change.
Excellent stakeholder management with clear influencing capacity and an effective communicator with a plain english speaking manner that engenders respect and trust at all levels.
Experienced in analysing, designing, planning and implementing programs to improve performance, increase revenue and reduce costs with the ability to develope specialist teams to achieve company goals.
Committed to coaching teams, setting performance goals and measuring results to achieve and improve productivity levels through collaboration, continuous improvement and best practice.
​A passion for people and shifting mindsets into the future direction of the banking industry. 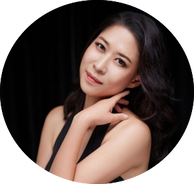 Mariana Hong is performing as Liù (Turandot) in Sydney and will appear as Cio-Cio-San (Madama Butterfly) at the Sydney opera house following her outstanding performances in London, Helsinki, Melbourne and Brisbane. Mariana regularity performs the lyric soprano roles with Opera Australia including Mimi, Micaela, Countess,Donna Anna.
Mariana Hong has been a soloist Verdi Symphony in Italy, with Melbourne Symphony Orchestra, Sydney Philharmonia, Opera in the Vineyards, Stanthorpe in addition to numerous concerts and recitals in Sydney, Brisbane, Canberra and Melbourne.
​Mariana was the winner of the Australia Singing competition's prestigious Opera Award and the MBS Young Performers Award in 2002. She was nominated for Helpmann (Micaela) and Greenroom Awards(Dorinda) in 2008 and 2009. She also will appear as CIO-CIO -San with State Opera South Australia later this year.
Margot Faraci
Customer Executive, NAB Partners 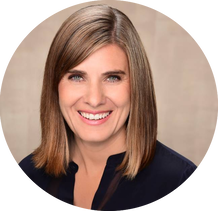 Margot Faraci’s diverse professional background and uncompromising standards have combined to make her an innovative, commercial and ethical leader throughout her career.
Margot holds the role of Customer Executive, NAB Partners Northern. In this role, Margot leads a dedicated team of Business and Private bankers across metropolitan New South Wales and Queensland.
Margot has twenty years’ experience in the corporate sphere, commencing her career as a lawyer and then transitioning to business banking some fifteen years ago.
She grew up in regional Australia experiencing first-hand the challenges and rewards of family business. As such
she is passionate about supporting small business owners and their ability to drive local prosperity and opportunity for the whole community. Margot holds a Bachelor of Laws (Honours) and a Bachelor of Arts (Italian)
Margot’s community involvement has been broad-ranging, including as the founder of the NSW Government’s Lucy Mentoring program, initially developed for Blacktown Girls High School and then adopted state-wide and continued for seven years. Margot is a regular writer and speaker on leadership and is highly purposeful in her quest to create great leadership in herself and those around her.
Margot is married and a mother of two, Margot continues to champion flexibility and gender diversity in the workplace: critical to attracting and retaining quality people from the broadest possible talent pool.
​
Janelle Weissman
Executive Director, UN Women Australia 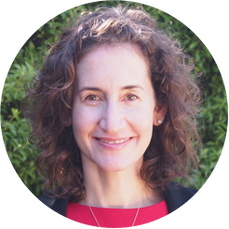 For the past twenty years, Janelle Weissman has worked to strengthen social justice organisations tackling issues from women’s empowerment through to supporting people with HIV/AIDS. She has developed, managed and evaluated programs to secure equal opportunities for women and girls through leadership and life skills development in diverse settings.
Since joining the team at UN Women National Committee Australia in 2014, funds raised to support UN Women programs to empower and protect women have nearly doubled, with a record $800,000 contributed to UN Women in 2017. Janelle was a member of the inaugural Ride for Rights 2016 team, cycling alongside 25 champions for UN Women who together raised more than $129,000 for UN Women programs that they visited along their 325 km journey in Vietnam and Cambodia.
Janelle has served on numerous Boards and committees to expand access to health services and to advance equality. She currently serves on the Council of Sexual Health and Family Planning ACT (SHFPACT).
Prior to her move to Australia, Janelle served as Executive Director of two organisations: Social Venture Partners Boulder County (SVP), and the Rita and Harold Divine Foundation. As a part of the global SVP network, she facilitated grant-making, coordinated capacity building projects, and provided training to non-profits, Boards and donors to help increase their impact on communities. At the Rita and Harold Divine Foundation, she worked across generations to develop and implement a grant-making strategy to support organisations building bridges to promote peace and coexistence around the world
Janelle completed her Masters in Non-profit Management from Regis University in Denver, Colorado USA, as a Colorado Trust Fellow, in 2001, and her Masters in International Studies at the University of Queensland, as a Rotary World Peace Fellow, in 2009.
HOME               OUR EVENTS              SHARE ROOM              MEMBERSHIP             ABOUT US         CONTACT